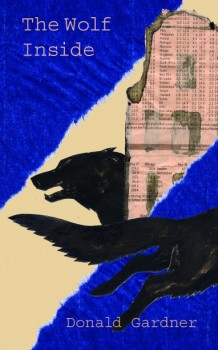 Inner self and outer world are inextricable in these poems, while dreams become the new realism. In one poem the narrator survives his own death and visits the office where he spent his days; in another the apparatus of literary criticism is directed away from the poetry and levelled at the poet instead.

Some of these poems are set in the city where Donald Gardner has made his home; but in ‘In Berenstraat’ Amsterdam appears as an archaeological ruin, conveying a sense of exile that is spiritual more than literal. While the dominant mode of these poems is dark comedy, Gardner’s work also sometimes has a lyrical charm or displays a concern for the future of our prematurely aging planet.

“Until now we have had to rely on chap-books to find Gardner’s work. He has lived in Holland for the last twenty-five years and is well known as a translator of Dutch writing, while his own poetry has been marginalised – I’d like to say “inexplicably”, but it’s clear as daylight: Back in the early seventies, Gardner was associated with “the beats”. His poetry was open, free, performative – not at all to the taste of the UK poetry establishment – which is closed, enslaved and wedded to the page. Gardner’s verse remains free. The form follows the cadences of a speaking voice, but actually it deftly espouses a tightness which is pretty economical. Every word counts, but Gardner camouflages his thriftiness in dry wit and, when you hear him read he captivates you immediately, for the poems are perfectly accessible and delivered with a stentorian intonation that reminds me of recordings by Ezra Pound.”