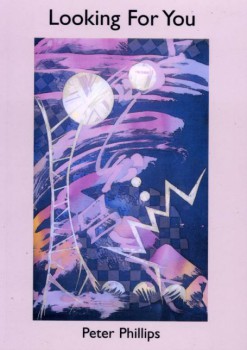 In Looking for you, his first full collection, Peter Phillips portrays a tense anxious, colourful, sexy, eccentric, enjoyable world as he explores the key realtionships in his life through a series of poems.

The sequence 'Looking For You' charts the insidious onset of Alzheimer's disease in his other, moving on to other sequences dealing with the death of his first wife and subsequently finding new love. 'Night Tales' takes us into the poet's intimate night-time world, while 'Fox Tales' records some off-beat encounters with foxes.

In betweeen he turns to such diverse subjects as camels in Camden Town, hypochondria, cows and human fraility as he whizzes you from his native London to Prague, Palm Beach, the French Riviera and New York, taking in the Lake District and Scotland on the way.

The writing is robust and sure, not afraid to be vernacular and quirky. Sensualities feature, food, drink, love and sex...I enjoyed these poems and hope there will be more.