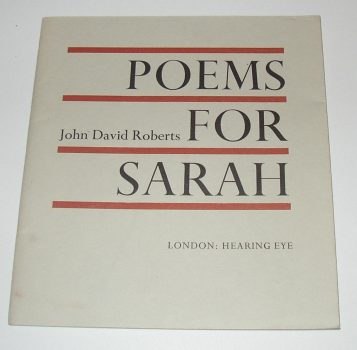 John Roberts, son of artist William Roberts, was a poet and classical guitarist. His relationship with his mother, only nineteen years older than himself, grew closer after his father died in 1980. They travelled together to France, Spain and Morocco, and dedicated themselves to promoting William Roberts' work. An unpublished set of poems, written for Sarah, was found after John's death.

A letterpress book with photographs, designed and printed by Peter Lloyd at The Holbeche Press