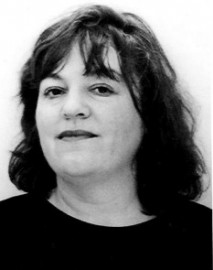 Anna Robinson is a poet, lecturer and editor from London. 'Songs from the flats' (Hearing Eye 2006), was a Poetry Book Society Pamphlet Choice. In 2001 she became the first recipient of The Poetry School Scholarship and her poetry was featured in the School’s second anthology, 'Entering the Tapestry', (Enitharmon 2003). Her work has appeared in several journals and anthologies, including Poetry London, Magma, Brittle Star, In The Company of Poets (Hearing Eye 2003) and Oxford Poets 2007 (Oxford/Carcanet).