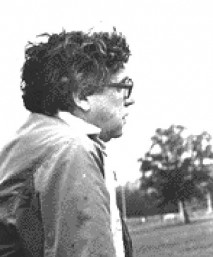 An excerpt from Anthony Rudolf's obituary of A.C. Jacobs in the Independent 1984. The full text can be seen here.


A. C. JACOBS was to Scotland what Dannie Abse is to Wales, a highly individual poet with a distinctive non-metropolitan voice, writing directly out of the experience of his imaginings and the imaginings of his experience.


Jacobs was one of the best poets of Jewish inspiration writing in English, and an exceptionally gifted translator from the Hebrew.


Jacobs was a student in Glasgow of that legendary godfather of poets Philip Hobsbawn, and the best of his early work was published in Stand by another nurturer of young talent, Jon Silkin. Many of Jacobs's poems celebrate Jewish life or honour Jewish death, sometimes with a tartan tinge, always with a clear eye and keen wit, occasionally leavened by agnostic anxiety. Sprinkling the bread of affliction with the salt of hope, he drew on the psychohistorical resources of two minority heritages. Provincial in the best sense - ie with a deep awareness of the universal implications of local specificity - he was never parochial. 'Yom Kippur' ('the covenant / that keeps me fasting / but not in synagogue') is perhaps his most famous poem, and it has been published in several anthologies including the Yom Kippur prayerbook of the Reform Jewish movement.
Prolific he was not, but his work projected a true voice of feeling, through a subtle synchromesh of sound, syntax and metre.


Born in Glasgow in 1937, Jacobs grew up in a traditional Jewish family and remained very close to his parents throughout his life. He lived variously in Israel, Scotland and Spain, as well as London. He never married but he had close friendships with several men and women, who appreciated his warmth, who honoured his strangeness, who mitigated his loneliness, who admired his hard-won work which survives him and will survive us.