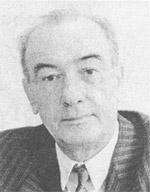 Miroslav Jancic was a Bosnian writer with three novels, ten plays/film scripts, two books of non-fiction, all published/staged/filmed in Serbo-Croat, the language which does not exist any more. When in 1992 the war started in Bosnia Herzegovina, he was the Ambassador of the Socialist Federal Republic of Yugoslavia to Ghana.

He went back to the beseiged Sarajevo and tried to help his homeland, but as he says in a poem, his help was not needed there. He was scorned by all three warring nationalistic parties and he had to flee the country. As a refugee in London he suffered 'an attack of poetry' which he wrote in English, and the result is 'The Flying Bosnian', a collection of seventy poems.