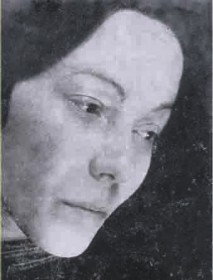 Paula Ludwig, 1900-1974, was born in Austria to a coffin maker and a seamstress. From her teens she moved among artists and poets in Germany, learned to paint, published several books of poetry, was always without money. As Hitler came to power she retreated to a village in Austria, then in 1938 she left to live in Brazil for fifteen years. In 1962 she received the Georg Trakl prize. Her work is in print in German.